How I Learned Guitar Without YouTube Or A Teacher!

When I was a kid, I lived in a rural area where the last thing you would be able to find was a guitar teacher. This was the 60’s, so YouTube wasn’t even a dream back then. TV was black and white, had only 3 channels and no guitar teaching shows. So a little kid like me was on my own. I have posted a video on the method that I used at the time to solo and play chords to songs without any training. Use the link below to check it out!

How I Learned To Play Guitar Without YouTube Or A Teacher!

Here is something that will make it a little easier to sift through them! Use the links below to check out some of YouTube’s best guitar, ukulele, piano, bass, drums and conga lessons!

When I was a kid, the first thing I wanted to do on guitar was PLAY A SOLO. I was listening to artists like Booker T. & The MG’s, The Ventures, Dick Dale and others that featured up front guitar leads. I had no one around to help in this so I had to fend for myself. The video that I have posted on YouTube explains exactly how I went about going from knowing nothing about the subject to being able to play lead guitar in a band in just a few months without help from anyone. Use the link below to check it out!

Back in November 2017, I posted a video on YouTube about a FAKE FENDER JIM ROOT SIGNATURE TELECASTER guitar that I found in a pawn store.

2-16-2018 Update! Since November 2017 when I first posted this video, the FAKE Jim Root Guitar featured here was sold and returned several times before the pawn store FINALLY acknowledged that it was a fake. They finally decided to mark it down to $50.00, and I helplessly watched a customer buy it as a FAKE REPLICA NO RETURN ITEM for $50 bucks.
I would have given 50.00 for it in a heartbeat! Missed it by that much!

Check out a comparison to a REAL ONE with the video link below!

That’s right! Christmastime is here again and it’s time to learn and enjoy Christmas songs on guitar, bass guitar, piano and ukulele! I have compiled several amazing playlists packed with Christmas song lessons from beginner to advanced levels and will be adding more as time passes, so there will always be something new in the playlist! So many songs, so little time! Use the links below to access easy YouTube lessons for some of the greatest Christmas songs ever by artists of all genres!

MERRY CHRISTMAS TO ALL FROM EricBlackmonMusic!

The Greatest Collection Of Beatles Pictures Ever! EEMusicLIVE @ Pinterest

The Beatles are my favorite band ever! In my mind, they are the guys who started it all! Use the link below to check out my huge collection of Beatles pics from all around the web on my Pinterest page ‘The Beatles Doin’ Stuff! You will also find more Doin’ Stuff pages that I am constantly adding to there! CHECK IT OUT! 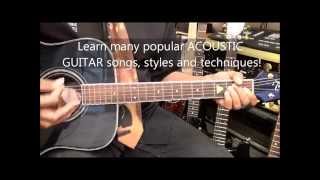 WE HAVE A WINNER! EricBlackmonMusic B.C. Rich BCR3N Guitar Giveaway!

Here is the YouTube Video announcing the winner of the B.C. Rich BCR3N Acoustic Electric Guitar Support Giveway on the EricBlackmonMusic Channel ending November 23rd 2015! Congratulations to FORREST BOYD, whose name was drawn for the win!

A special thanks goes out to all who entered, support and view the EricBlackmonMusic YouTube Channel!

HotWheelz 4 U Family Friendly Channel Is Up And Running!

Why not take a look right now??!

HotWheelz 4 U!  The coolest Hot Wheels and toys channel is family friendly, totally rated G and ready for viewing! All comments are screened, so no one will ever see a discouraging comment. Videos include car model tutorials featuring well known super hero and toy characters, toys and toy cars. New videos will be added weekly. There will be many cool toy GIVEAWAYS conducted on a regular basis to promote the channel as well! Videos will exclude anything that promotes violence. This channel is all about the display of toys, and the fun and joy that can be had with them! Subscribe now, so that you don’t miss a single fun-filled post! HotWheelz 4 U is an EricBlackmonMusic Channel!

Support EricBlackmonMusic by making purchases via our affiliated vendors. Any toys seen in HotWheelz 4 U  videos can be purchased via the affiliated store links below!