As with many of the older players who never learned music theory, especially blues, gospel and many rockers, playing a guitar solo was totally finding the sweet spot, then expressing themselves in whatever way they were feeling. Some of the very best music we have today was created this way. Scales and theory gets you to the “correct” notes right away,  but no musical feeling or freedom or expression is provided. The good thing about the first method is that the ear training and freedom of expression are greatly developed. The problem with it is that once a person learns to play this way, they think that they don’t need to learn scales or theory. Players who initially learn music theory, tend to rely on it too much, and many times do not develop the ear and freedom of expression, which can be very frustrating, especially after studying and playing for years. Back in the day, because I knew nothing about theory or scales, I had to HEAR the music before I could play anything that worked with it. I could solo to most anything once I heard it, BUT I HAD TO HEAR IT FIRST!  One day, after years of playing this way, I decided to bite the bullet and sit down to learn music theory. SO GLAD THAT I DID!  Now that I have both the musical expression experience and the knowledge of music theory, I can “hear” the music in my head the moment I’m told what the key or scale is. I know what to do BEFORE I ever hear the music or start to play! So now I can instantly pre-plan my guitar solo! It’s the best of both worlds!

Here is my video on learning to solo without thinking about scales. This tutorial is designed to help you “let go” and to experiment with expressing  yourself and gaining musical freedom. I plan to soon produce a tutorial on how to use BOTH ear and theory concepts TOGETHER to produce amazing results! Thanks for checking out my blog!

Support EricBlackmonMusic by shopping with my favorite vendors for items you would purchase anyway! 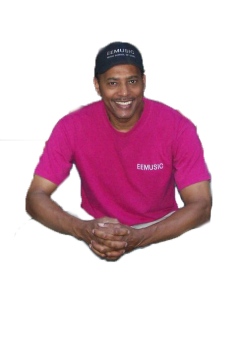 EricBlackmonGuitar on YouTube just hit 100,000 subscribers! To celebrate and to thank our subscribers, the channel will present a number of free SUBSCRIBER ONLY giveaways over the next few months! Some amazing prizes will be given away, including an amazing Amazon Kindle FIRE HD6, a Dean Vendetta Guitar, Signature Drum Sticks, Microphones and more!! If you are a subscriber already, all you have to do is like and comment the video of the particular drawing! If not, subscribe, like and comment! It’s that easy. Rules and details are included at the end of each drawing video. Because of the high cost of international shipping, some drawings will be offered to the USA only. Use the link above and below this announcement to participate! Thanks for watching EricBlackmonMusic and the best of luck to everyone!

David Bowie, on of the most inventive musicians and singers in history passed away recently. I felt that a tribute video was in order. While trying to decide which of his songs to do, I realized that he had done a duet with another great singer and musician who has also left us, Freddie Mercury of Queen. The song was “Under Pressure” by Queen featuring David Bowie. While putting it together, a fellow Youtuber contacted me and mentioned a vocal only version of the song on YouTube. I decided to use the audio and play acoustic guitar along with it to create an acoustic version of the song. It was an amazing experience, because it took hours to learn the guitar parts and match them to the vocals. This was very hard to do because without the drums and other instrumentation it was difficult to keep time and stay in sync with the voices. At times it felt like Freddie and David were in the room with me. I hope with all my heart that they might be pleased with my version of “UNDER PRESSURE UNPLUGGED” With Freddie Mercury, David Bowie and Eric Blackmon On Guitar. Rest in peace guys.

Use the links in this video to learn some of the easiest blues guitar ever! Lessons are explained in amazing detail and backing track links are provided for each video lesson so that  you can practice what you have learned! Let’s learn some easy blues today!

Use the links below to check out AMAZING SIGNATURE GUITARS FROM B.B. to SRV!

Save $40 Off GUITAR HERO LIVE!

Do You Offer SKYPE or DVD Lessons? Answers To FAQ’s (Frequently Asked Questions)

Many of my YouTube viewers and subscribers as well as Facebook and Twitter followers ask “Do you do lessons via SKYPE or offer lessons on DVD”? Currently the answer is no, and I explain why in this video. I am on a quest to do more with teaching folks in person, as well as around the world, but at the same time I am trying to increase efficiency and reduce my workload! I may be dreaming, but can’t a guy have a dream?

Support EricBlackmonMusic by shopping via the links of the vendors below!

Support EricBlackmonMusic by shopping online with the vendors below through the provided links!

Support EricBlackmonMusic by shopping online via the links below:

Cars That I Would Love To Drive

The Strange, The Interesting & The Wierd

More is added all the time, so check back regularly!    EricBlackmonMusic On PINTEREST!

Thanks so much for watching EricBlackmonMusic on YouTube and for supporting this blog!

Support EricBlackmonMusic by shopping online with the vendors below through the provided links!